Since the company was founded in 1970, Basil Fry have used specialist knowledge to develop bespoke insurance solutions with leading insurers. Our market relationships have been nurtured over fifty years, with some of our specialist scheme arrangements spanning across a quarter of a century. 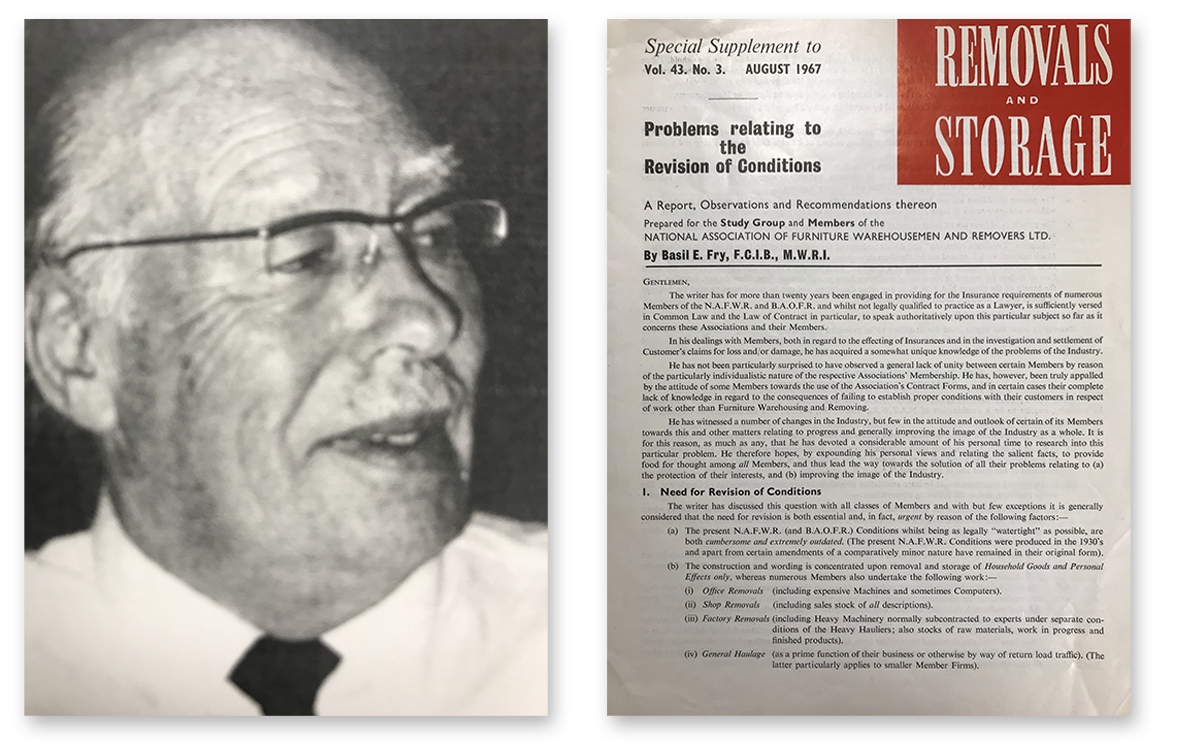 Basil was busy with advising the industry from a London Insurance brokerage.  In 1967, Basil wrote on “Problems relating to the Revision of Conditions” in a special supplement to Removals and Storage magazine. 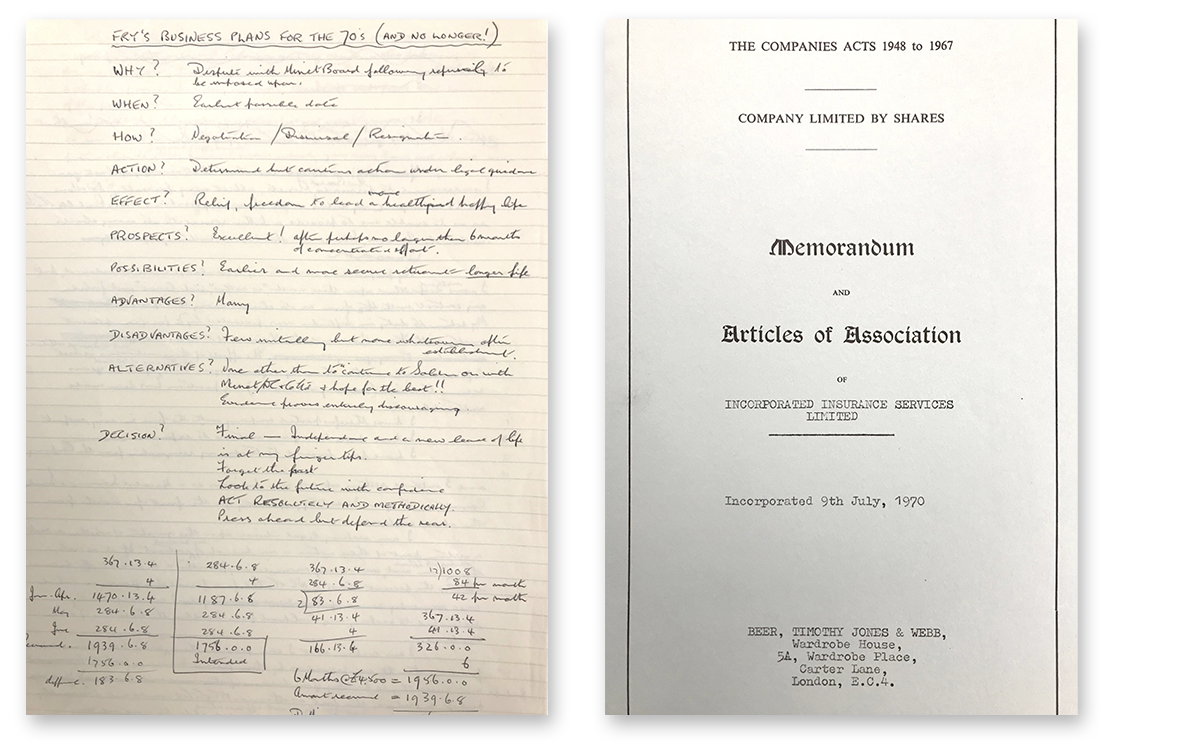 Basil became disillusioned with his working life in the City of London and decided to set up on his own.  His notes included a stepped plan of moving away from broker “Nixon Constable & Co. Ltd” and a detailed business plan entitled “Fry’s Business Plans for the 70’s (And no longer!)

Basil is joined by his son Christopher Fry shortly afterwards and then later, by his son in law, Christopher Thorpe.  Basil’s first client is “White & Co” a company headquartered in the south of England who remain clients to this day.

The Company grew steadily and became a “Broker Panel Member” to the British Association of Removers (BAR).

Philip Wildman joined the company from MAT International, a Freight Forwarding business in London.  Philip had been busy achieving his ACII and settling worldwide transit claims. 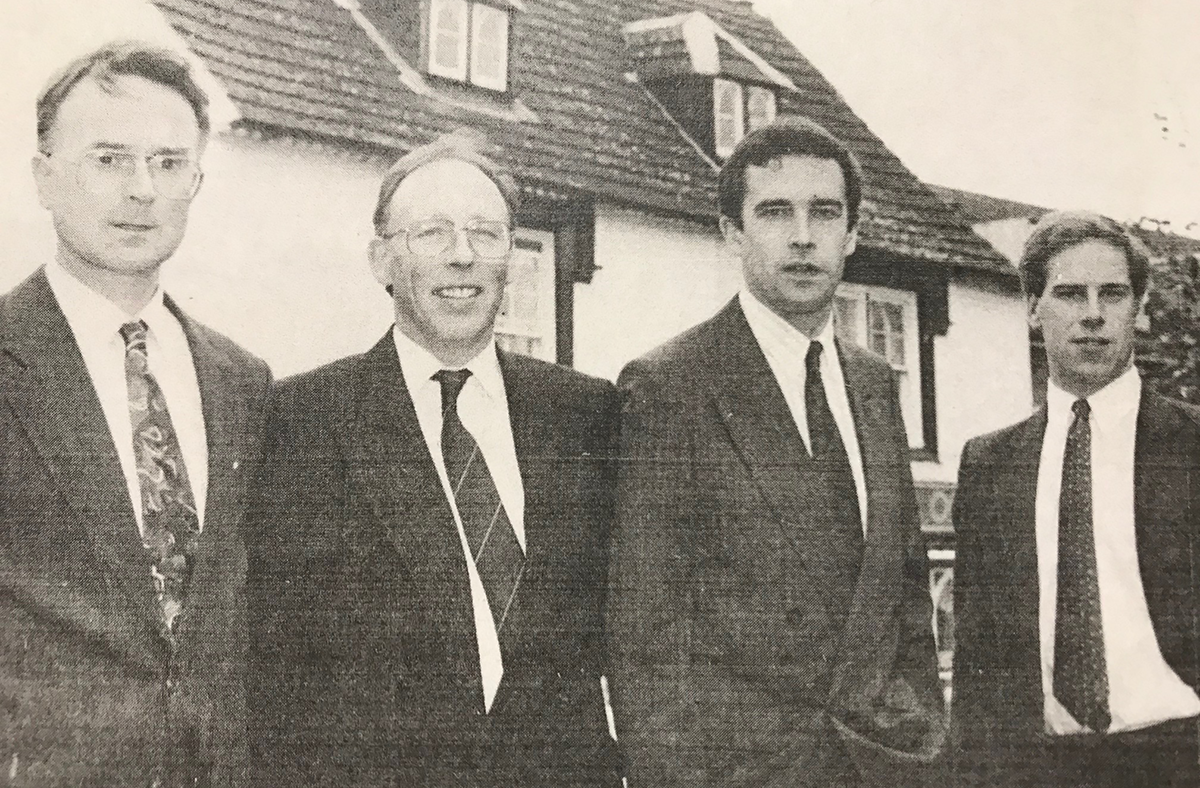 The Company was now situated in Great Bookham, Surrey and the board comprised of Christopher Thorpe, Christopher Fry, Philip Wildman and David Pite.  The Company have ten staff operating behind a Gentleman’s outfitters.  The Company continued to prosper having added self storage to the removals specialism. In 1995, Basil Edward Fry sadly passed away leaving a blossoming company that was now recognised as the leader in providing specialist advice to Removal and Storage contractors.

Hiring, growth and a new HQ

In 2001, the company employs Greg Wildman in the role of Philip’s Account Handler.  Greg was hired from a background in sales and within a few years was tasked with improving marketing and building the company’s turnover.  The business grew rapidly and in 2003 it moved to Swan House, Leatherhead.  The move was undertaken by White & Co.

Ria Houston (ne Compton) joins the business on 15 January from a pensions company.

All change and a management buyout

Adam Kellaway joins the business. The Board of Directors receive considerable interest from larger brokers to purchase the business. Philip Wildman masterminds a plan which sees him and his brother Greg joined by David Pite and Susanna Hudson in the purchase of 100% of the shares by the newly incorporated Wildman Brothers Limited. Christopher Thorpe retires in 2007, with Christopher Fry remaining with the business for a further couple of years.

Peter Doman joins the company bringing considerable commercial experience. Peter is tasked with growing the book of business further and assisting Greg with marketing. The pair add many new clients to the Company.

Bob Tree joins the business from Jelf. Bob has considerable experience in dealing with the insurances of Removal, Storage and Self Storage businesses and builds upon the company’s technical and sales prowess. 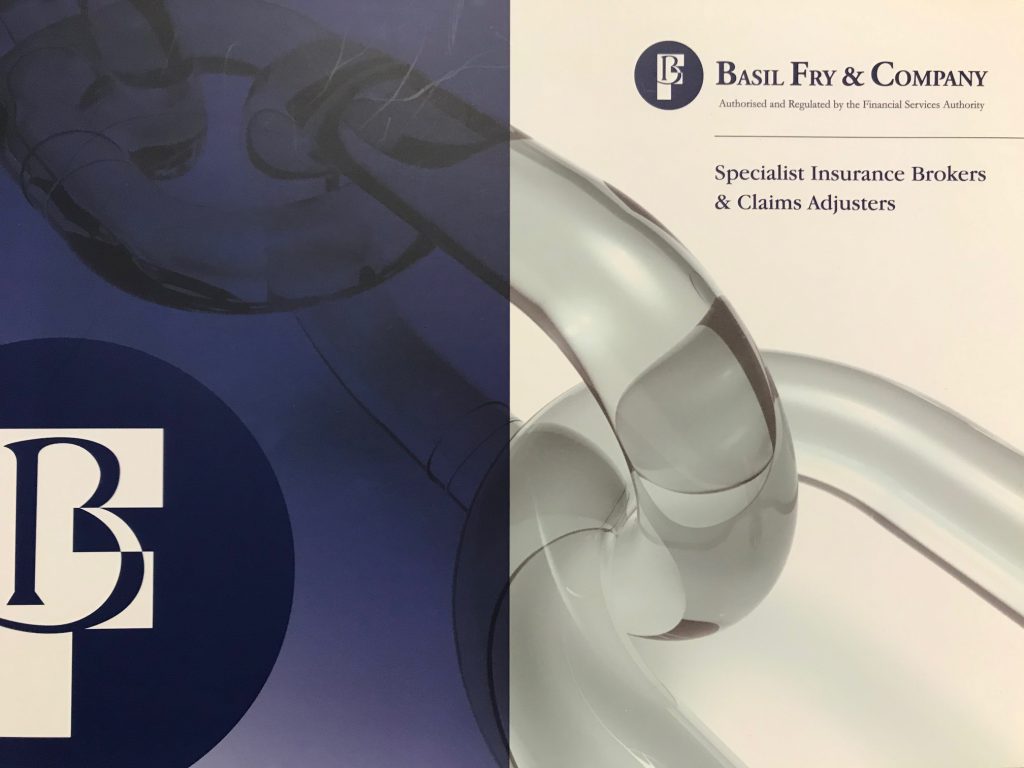 The company having battled through the recession of 2008-2010 continues to grow at a steady rate.

By this time the company had moved to larger premises at Claire House, Leatherhead with staff numbers growing to around 25.

New Directors and self storage

The company, now writing the insurances of a third of the removals market in the UK, grows considerably.  Peter Doman joins the Board of Directors followed quickly by Ria Houston.  Adam Kellaway leaves to gain City of London experience and achieves a first class honours degree in insurance and his ACII. Sue Thorn joins as Financial Controller in 2012 to replace Christopher Fry. Amy King joins the company in 2014 and quickly establishes herself in the business becoming Claims Manager in 2016.  In 2016 Adam re-joins the company as Technical Director for the impending purchase of Wildman Brothers Limited by Wildman, Doman and Houston Limited. In 2017, the purchase is led by Greg Wildman and joining Greg on the Board of Directors is Peter Doman, Ria Houston, Sue Thorn (Finance Director) and Adam Kellaway.  Amy King is promoted to the Board of Directors in 2019.  Analysis of the Self Storage industry is undertaken which results in Basil Fry broking the insurances for more than 40% of the self storage centres in the UK.  The company starts to take a deeper interest in the property market and subsequently employs Jackie Pullen in January 2020.

The company employs over 40 staff and is headquartered in the Swan Centre, Leatherhead. The central ethos and speciality of the company is buried within it’s technical prowess, it’s client centric approach and in its ability to act quickly in establishing solutions for its clients.